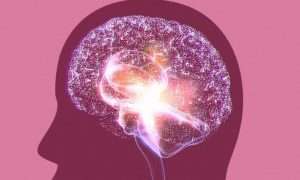 In a statement, the New Zealand-based entity said only 16 per cent of Caribbean countries and territories have made any progress to develop a national dementia plan, most of which have inadequate funding.

“Following stalled progress conversations with governments across the region, ADI is calling for the public across the Caribbean to urge their governments to take urgent action on dementia,” said ADI, adding that it is teaming up with Alzheimer’s associations in Barbados, Bonaire, British Virgin Islands, Dominica, Jamaica, Grenada, Puerto Rico, St Kitts- Nevis, Sint Maarten, St Lucia, and Trinidad and Tobago to launch a regional campaign #WhatsYourPlan.

ADI, the global federation for 105 Alzheimer’s and dementia associations across the world, said the campaign focuses on encouraging Caribbean governments to urgently develop a national dementia plan, which would help countries manage the oncoming influx of dementia cases.

“A national dementia plan is a vital step in helping those living with dementia to have access to the support and services they need to live well, for longer,” says Barbarino.

“Access to support and a care plan, including care at home and in community settings, at-home adaptations, and respite for carers, alongside medical treatments, are vital for people living with dementia, as well as their careers and family,” she added.

She said by denying Caribbean people this support, governments are doing a disservice to their communities, adding “all people living with dementia in the Caribbean deserve access to the kinds of support and services a national dementia plan makes available. It’s their human right.”

In 2019, dementia was ranked the third leading cause of death in the Americas, accounting for over 390,000 deaths.

“We’re talking with the various Ministries of Health, Age & Social Support in many Caribbean countries, and while in some cases it can lead to progress, it is often too slow. For a condition like dementia, time is of the absolute essence. People cannot wait,” says Barbarino.

“We need people from all over the Caribbean to speak up for people with dementia so that their governments might actually listen and act,” she continued.

Dementia is not a specific disease, but is rather a general term for the impaired ability to remember, think, or make decisions that interferes with doing everyday activities. Alzheimer’s disease is the most common type of dementia.