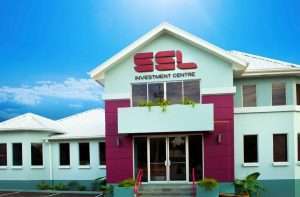 (CMC) – The Financial Services Commission (FSC) has committed to giving full public disclosure of the outcome of investigations and other interventions into the alleged multibillion-dollar fraud uncovered at investment firm Stocks and Securities Limited (SSL).

FSC Executive Director Everton McFarlane gave this undertaking during a press conference at the EX-IM Bank Business Centre in Kingston on Wednesday, a week after SSL disclosed that several of its clients, including Jamaican sprint legend Usain Bolt, had apparently been fleeced of millions of dollars in local and foreign currencies given to the firm to invest.

He said the FSC took several immediate steps in the matter after being initially notified in a letter from SSL on January 10, receiving an independent report on January 11, and assessing the information as being credible.

These included contacting law-enforcement agencies with relevant jurisdiction to determine an appropriate response; issuing directions restraining SSL from conducting transactions on its own behalf or that of clients without the FSC’s approval, pursuant to the Commission’s powers under Section 8 of the FSC Act and initiating steps to procure the services of a Special Auditor using available Emergency Procurement Protocols, to assist the FSC in the required investigations.

“The expectation of the FSC was [that] the Special Auditor would be utilized to ensure compliance with [the] directions of the FSC, and on Friday, January 13, Ken Tomlinson of Business Recovery Services Limited was appointed the FSC’s Special Auditor for SSL,” McFarlane said.

He further indicated that the FSC also appointed Tomlinson as SSL’s Temporary Manager on January 17 as the Commission “continued to receive information regarding the circumstances surrounding the fraud and its potential impact on SSL on its clients and on market confidence, more generally”.

McFarlane said the investigations into the nature of the fraud and its impact [are] continuing “on a number of fronts”, including with the Financial Investigations Division (FID).

“The FSC will continue to collaborate, as necessary, with law enforcement in this regard. In addition, the work of the Temporary Manager will be proceeding to enable the FSC to determine a suitable plan of action to continue to protect the interests of all clients of the entity, while also overseeing the day-to-day affairs of the entity to address the current client needs in an orderly and fair way,” he added.

The Executive Director assured that the Commission “will monitor the situation closely and continuously and evaluate the best action or actions to take”.

McFarlane said the FSC is cognizant of and understands the public outrage surrounding this matter “and undertakes to keep the public updated on the progress of the investigations and of the work of the Temporary Manager”.