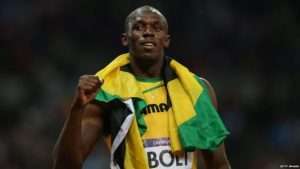 (JAMAICA OBSERVER) – Sprint sensation Usain Bolt has posted a cryptic message on his social media pages amid reports that his retirement investment has been wiped out due to massive fraud activity at Stocks and Securities Limited (SSL).

Reports are that Bolt, who opened the account in 2012 and reportedly never made a withdrawal, is said to have invested just under US$10 million. However, the source stated that only US$2,000 remains in the account.

“In a world of lies….where is the truth? The history evil….what is the root?…money #CrypticWorld,” Bolt captioned a black picture on his Instagram page.

Bolt is among more than 30 people whose investments at SSL are believed to have been fleeced by a wealth advisor.

Last Thursday SSL issued a statement saying that it had “become aware of fraudulent activity by a former employee of the company”.

An Observer source said SSL was aware of the fraud since August; however, the employee suspected of involvement was still employed to the company up to last Wednesday.

That was the same day that Bolt’s team met with SSL representatives after requesting a meeting last December following the Olympian’s yearly review of his financial portfolio, at which he point he had noticed the discrepancy.

Late last Thursday the Financial Services Commission (FSC) said it has issued directions to SSL barring it from engaging in sales or trading of assets without the permission of the FSC.

The fraud is said to be in the region of $1.2 billion.