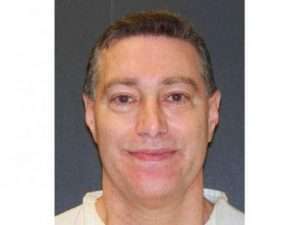 (AP) — A former suburban Houston police officer was set to be executed Tuesday for hiring two people to kill his estranged wife nearly 30 years ago.

Robert Fratta, 65, is scheduled to receive a lethal injection for the November 1994 fatal shooting of his wife, Farah, amid a contentious divorce and custody fight for their three children.

Farah Fratta, 33, was shot twice in the head by Guidry in her home’s garage in the Houston suburb of Atascocita. Robert Fratta, who was a public safety officer for Missouri City, has long claimed he is innocent.

Prosecutors said Fratta had repeatedly expressed his desire to see his wife dead and asked several acquaintances if they knew anyone who would kill her, telling one friend, “I’ll just kill her, and I’ll do my time and when I get out, I’ll have my kids,” according to court records.

Prystash and Guidry were also sent to death row for the slaying.

A few hours before Fratta’s scheduled Tuesday evening execution at the state penitentiary in Huntsville, the US Supreme Court declined an appeal from his lawyers.

Fratta’s attorneys had asked the US Supreme Court to stop the execution, arguing that prosecutors withheld evidence that a trial witness had been hypnotised by investigators. They say that led her to change her initial recollection that she saw two men at the murder scene as well as a getaway driver.

“This would have undermined the State’s case, which depended on just two men committing the act and depended on linking Fratta to both,” Fratta’s lawyers wrote in their appeal to the Supreme Court.

Prosecutors have argued the hypnosis produced no new information and no new identification.