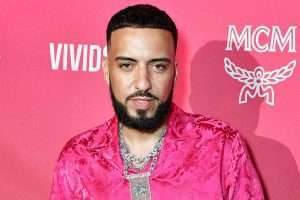 (URBAN ISLANDZ) – French Montana is on the hook for a possible lawsuit following a recent shooting on a music video set where rapper Rob49 was injured.

A victim from the recent shooting of several persons in Miami Gardens at a music video production plans to file a lawsuit. Last week, there were reports that a French Montana music video shoot was disrupted by a shooting that left more than half a dozen people injured and several people fighting for their lives in a hospital, including Montana’s bodyguard.

On Tuesday, one of the victims, Carl Leon, said he received gunshot wounds in the stomach and the hand while at the music video shoot, and now he plans to file a lawsuit. Leon’s attorney revealed that he is a blogger and says he wasn’t aware of what happened and was shot while he ran for his life.

“Sometime during the break of one of the scenes, that’s when he heard gunshots. He didn’t know what happened, like everyone else. He took off running. As he’s running, he fell at some point,” the attorney Josiah Graham said. “When he gets up, he discovers he’s been shot.”

Graham did not say whom Leon planned to sue but said that the 25-year-old is now recovering from gunshot injuries to his stomach, hand, and one ear, which was grazed by a bullet.

“Just literally less than an inch away from sure death,” the attorney said.

Meanwhile, Graham is asking for witnesses to contact him so he can have more information to support the lawsuit.

There are at least nine other victims from the incident, including Baton Rouge rapper Rob49. Videos from the incident showed many persons bleeding on the ground as paramedics cut away clothing to find and treat injuries.

In the meantime, NBC Miami reported that one witness, Wilmark Baez shared that he had loaned his low rider and two dogs for the music video shoot. However, during the shooting, his bulldog went missing but was later retrieved on Sunday night.

“My car is still impounded. Still don’t know how much I owe. I never got paid for the music video because everyone scrambled,” he said.

The new site also reported that French Montana did not get permits to shoot the music video, given the large gathering outside of The Licking restaurant.

“One of the biggest deterrents to crime is a police presence or some type of security infrastructure, but certainly with police officers,” the lawyer said, hinting at Montana’s negligence to follow city protocols.

A day after the shooting (Jan 6.) French Montana said the shooting was not directed at his celebration at The Licking restaurant.

“Last night, I was in Miami celebrating the release of my CB6 mixtape w/ friends at a local restaurant. We unfortunately were at the wrong place, at the wrong time when an incident took place that left people hurt. Our thoughts & prayers are w/ the victims & families at this time,” he wrote on Twitter.

Miami Gardens police are yet to make an arrest.