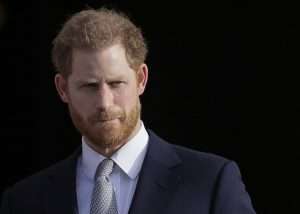 (AFP) — Prince Harry said Sunday that he did not view as “racist” a British royal family member inquiring about the skin colour of his and his wife Meghan’s unborn baby.

The prince and Meghan had told the story of an unnamed royal repeatedly asking about the skin colour of their unborn son Archie, in a 2021 Oprah Winfrey interview.

It became one of the most discussed points on the show, which also accused British tabloids of racist treatment of Meghan, and prompted a rare reaction from the palace.

Harry denied accusing the royal of racism, in an interview aired Sunday on Britain’s ITV television to promote his memoir “Spare”.

“No I didn’t. The British press said that,” Harry said, adding that Meghan had also not called the royals “racist”.

Harry said that “having lived within that family”, he blamed the incident on “unconscious bias”.

“My understanding is because of my own experience — the difference between racism and unconscious bias, the two things are different,” the prince said.

His comments came after a recent embarrassing incident late last year when a royal attendant asked a black British charity head where she “really came from” at a reception.

The elderly aristocrat resigned and later apologised in person.

Harry’s wife Meghan is mixed-race and she told Winfrey that Harry had relayed to her details of several conversations about how dark their baby’s skin colour would be.

Winfrey asked if they were concerned the baby would be “too brown” and Meghan replied: “I wasn’t able to follow up with why, but that — if that’s the assumption you’re making, I think that feels like a pretty safe one.”

Meghan said that naming the royal responsible would be “very damaging for them”.

The Winfrey interview prompted Buckingham Palace to issue a rare statement on behalf of Queen Elizabeth II, saying “the issues raised, particularly that of race, are concerning”.

“While some recollections may vary, they are taken very seriously and will be addressed by the family privately,” the statement said.

Prince William told reporters at the time that “we are very much not a racist family”.