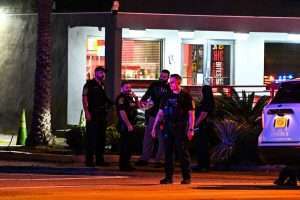 (AFP)— At least 10 people were injured in a shooting outside Miami during the filming of a music video by Moroccan-American rapper French Montana, police and US media said Friday.

The shooting took place Thursday evening in the city of Miami Gardens, about 20 miles (30 kilometres) north of Miami, Florida, the local police department said in a statement.

“We are being advised that multiple victims were struck,” the department said, adding that victims were taken to local hospitals.

The Miami Herald newspaper reported that the incident took place following an altercation between two groups of people.

Police have not yet confirmed the identity of the victims or released more details.

According to the Miami Herald, six victims were transported to the hospital and four went to a medical centre on their own.

French Montana, whose official name is Karim Kharbouch, was born in Morocco and immigrated to New York with his parents as a teenager.