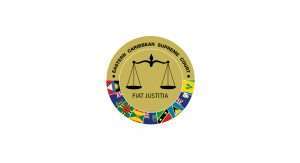 PR – On Tuesday 10th January 2023, the Eastern Caribbean Supreme Court (ECSC) will mark the  commencement of the New Law Year with its traditional Ceremonial Opening proceedings under  the theme “The ECSC: Navigating the Changing Tides”. This year the host Territory is Anguilla,  where the first scheduled sitting for the Court of Appeal for 2023 will take place.

The Ceremonial Opening will commence with a church service in each Member State and  Territory followed by the procession to the High Court where the formal Special Sitting of the Court  will be held. In Grenada, the Church Service will be held at the Cathedral of the Immaculate  Conception commencing at 8:00 a.m. This will be followed the inspection of the Guard at the  York House Compound and the procession to the High Court at the CLICO Building on Young  Street, followed by the Special Sitting at 10:00 a.m.

In similar fashion to the past 2 years, there will be one Special Sitting throughout the 9 Member  States and Territories. The Chief Justice, Her Ladyship, Dame Janice M. Pereira, DBE, LL.D, will  deliver the feature address, appearing live from the Court in Anguilla along with the other speakers  from Anguilla, while the speakers from the other 8 Member States and Territories will appear  remotely.

The Special Sitting will be carried live via Zoom to the other Member States and Territories of the  OECS and will also be live streamed via the Court’s Website, Facebook Page and the websites  and social media pages of the Government Information Services in each Member State and  Territory.

The public is encouraged to participate in the Ceremonial Opening of the Law Year 2023 by  attending either the church service or the Special Sitting or by watching and listening on the  various media platforms.

The Eastern Caribbean Supreme Court (ECSC) was established in 1967 by the West Indies  Associated States Supreme Court Order No. 223 of 1967. The (ECSC) is a superior court of  record for the Organisation of Eastern Caribbean States (OECS), including six independent  states: Antigua and Barbuda, the Commonwealth of Dominica, Grenada, Saint Kitts and Nevis,  Saint Lucia, Saint Vincent and the Grenadines and three British Overseas Territories (Anguilla,  British Virgin Islands, and Montserrat). It has unlimited jurisdiction in each Member State.