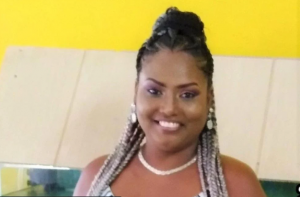 (TRINIDAD EXPRESS) – A Caroni mother was found dead with wounds to her neck on Sunday.

The body of Reena Ragoonath-Charles, 43, Ragoonanan Trace, South Bank Road, Kelly Village, was discovered in her bedroom at around 7 p.m.

Ragoonath-Charles was found on the floor with blood on her mouth and abrasions to her neck.

A district medical officer pronounced her dead at the scene and ordered the removal of the body pending a post-mortem at the Forensic Science Centre, St James.

Visiting the scene were detectives of the Homicide Bureau of Investigations Region Three Sgt Bridgemohan, WPC Ransome and PC Bhola, as well as Sgt Ramdeen and others of the Central Police Division.

Ragoonath-Charles was a mother of one and was employed as a janitor at Airport Authority.