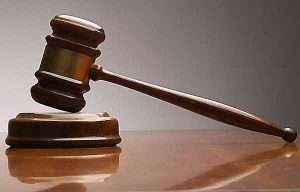 (CMC) – A Trinidad & Tobago high court Wednesday set aside the US$126.3 million arbitration awarded to Brazilian construction firm Construtora OAS SA, by an international tribunal over the construction of the Solomon Hochoy Highway extension project in the twin-island republic.

Justice Frank Seepersad ruled in favour of an application of the state-owned National Infrastructure Development Company Ltd (NIDCO), which had contended that the award by the three arbitrators from the London-based Court of International Arbitration in April should be set aside, as the panel made numerous errors in assessing the case.

“Having reviewed the evidence which was before the tribunal, this court is resolute in its view that no reasonable arbitrator cognisant of the law and seized of the evidence adduced could have arrived at the position reflected in the award,” Justice seepersad said.

He said in the circumstances, “this court, without fear or hesitation, must exercise its inherent jurisdiction and discharge its obligation to defend the rule of law and to protect the public interest.

“Consequently, the commercial decision reflected in the contract to have disputes determined by the arbitrator has to be overridden and the court must set aside the award as same was premised upon findings which were unsupportable on the evidence, inconsistent with the law and are decisions which no reasonable arbitrator could have arrived at,” he said in his ruling.

NIDCO’s lead counsel, Annalise Day, KC, had argued that the tribunal failed to provide reasons why it ignored evidence which supported the contentions of his client. NIDCO made it clear it was not seeking to appeal the award, but wanted it set aside and remitted to the tribunal.

But the attorney for the Brazilian firm, Senior Counsel, Rolston Nelson, countered by arguing that the high court in Trinidad should not entertain the case owing to a clause in the contract between the parties which said they would resolve their disputes solely through the arbitration process.

In early 2011, OAS was awarded the contract for the project, which was then estimated at TT$5.3 billion (One TT dollar=US$0.16 cents). After the contract was terminated, the project was put on hold before it eventually restarted.

In August last year, NIDCO announced that the project was three-quarters complete. But several months later a segment of the highway at Mosquito Creek collapsed.

In the 223-page ruling, the London-based arbitration panel ruled that NIDCO was wrong to have terminated the contract on the basis of the two main grounds it claimed.

During the arbitration proceedings, NIDCO claimed Construtora OAS effectively abandoned the project in late 2015 after it slowed down work, dismissed most of its staff and became insolvent by letting debt accumulate to suppliers and contractors.

The company denied any wrongdoing, as it claimed that the issues raised by NIDCO were due to the fact that the state-owned company failed to make a major interim payment under the contract. It claimed that at the time of the termination, it had injected a further US$31million into the project and had renewed its performance and retention bonds.

In upholding OAS’ case, the arbitration tribunal ordered that it should be paid US$127.07 million in damages, minus the US$706,426.70 offset granted to NIDCO. The damages represented the company’s claims for performance and retention securities, a series of unpaid interim payment certificates (IPCs), materials in stock, temporary works and contracting equipment.

In July 2019, Cabinet announced a commission of enquiry to investigate aspects of the project, including whether a ministerial oversight committee under the former People’s Partnership government of then prime minister Kamla Persad Bissessar had fulfilled its mandate.

The Commission is yet to start its deliberations.