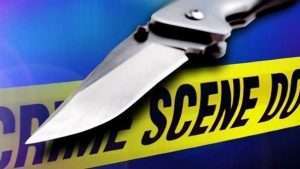 (JAMAICA OBSERVER) – A 27-year-old woman has been charged with murder in relation to the stabbing death of her boyfriend.

Reports are that about 5:50 am, Honigan was at home with his girlfriend when an argument developed between them. The argument got physical and a ratchet knife was used to stab Honigan in the chest.

The police were summoned and the body of the now deceased was seen lying on its back with what appeared to be a wound to the chest.

Brailsford was subsequently arrested and charged.