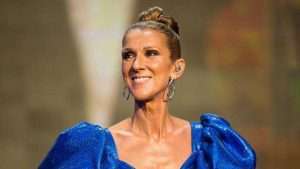 (JAMAICA OBSERVER) – Celine Dion is postponing several of her Europe tour dates after her recent diagnosis of a rare neurological disorder that doesn’t allow her “to sing the way I’m used to,” Dion announced.

“While we’re still learning about this rare condition, we now know this is what’s been causing all of the spasms that I’ve been having,” she said.

Stiff-person syndrome is “a rare, progressive syndrome that affects the nervous system, specifically the brain and spinal cord,” according to the National Institute of Neurological Disorders and Stroke.

“Unfortunately, these spasms affect every aspect of my daily life, sometimes causing difficulties when I walk and not allowing me to use my vocal cords to sing the way I’m used to.”

“I’m working hard with my sports medicine therapist every day to build back my strength and my ability to perform again,” she said. “But I have to admit it’s been a struggle.”

The Grammy winner said singing is all she knows – and what she loves.

Dion says she is putting her health first and focusing on getting stronger each day. “And I have hope,” she said, “that I am on the road to recovery.”