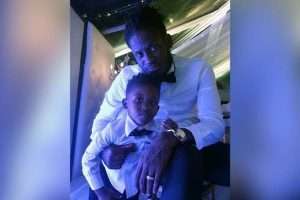 (JAMAICA OBSERVER) – Dancehall deejay Aidonia and his wife Kimberly Megan are mourning the loss of their nine-year-old son King Khalif Lawrence, who reportedly passed away from cancer on Saturday.

The couple is said to be high school sweethearts.

Up to press time on Sunday the pair did not make an official statement. However, several of their colleagues in the local music fraternity expressed condolence on social media.

“My heart is breaking for u Aidonia and Kim,” Shenseea tweeted on Saturday night.

Music producer Skatta Burrell also poured out his heart in a post on Saturday night.

“How do you process gaining everything you dreamt and worked tirelessly for and then in one sweep, you lose the most important person, fashioned in your image? Sheldon your loss is our loss! You’re forever fam and the pain you feel, I can’t even imagine how immensely devastated you must be,” he wrote in an Instagram story.

CEO of John John Music Group Shelly-Ann Curran added: “My prayers and thoughts are with Aidonia & his wife at this time.”

Lisa Hyper contributed to the sombre mood by posting a photo of the father and son to her page with the caption: “God see and know I cannot feel your pain and if I told you I know how you feel I’ll be lying. I’m so very sorry for your loss @aidonia4thgenna the whole world knows how much you loved your son he will be watching over you my condolences to you and your entire family.”

“My condolences to @aidonia4thgenna and his wife Kimberly’. … who lost their only child Khalif…my heart aches for their loss… it’s unimaginable the lost of a child. Sending prayers!”