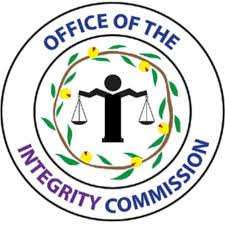 In accordance with the Integrity in Public Life Act No. 24 of 2013, the Commission issued Notices to 16 members of the new administration providing them with a date for filing as well as detailed  information on the filing process.

Receiving the Declarations on behalf of the Commission were Chairperson Lady A. Anande  Trotman (Lady) Joseph and Commissioner Justin Campbell.

Speaking to the media (MTV News) after the filing of his Declaration, Prime Minister Mitchell,  described the process as being efficient.

“In one sense, [it is] simple but a little exhausting [be]cause it forces you to take a look at your life  and list everything that you basically own…I would say one improvement is that I would like it to  be electronic, rather than paper.”

Chairperson of the Integrity Commission A. Anande Trotman (Lady) Joseph also spoke with MTV and said she was pleased to see the Prime Minister taking the lead in his Cabinet and being the  first to file his documents with the Commission on Thursday.

“Today we’re very happy that the Cabinet has begun to declare to us as other cabinets twice before  have also done.”

The Chairman added that the filing of declaration is only one part of the process; the other part is  the Compliance process which is undertaken by a specified Compliance Officer at the  Commission.

“We receive these declarations but we go further, we carry out a compliance exercise…we check  to see if what they are saying is true against what is in our public registry.”