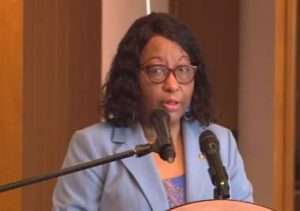 (CMC) – The Pan American Health Organization (PAHO) has called for countries in the region to address inequalities that prevent progress towards ending AIDS as a public health threat by 2030.

The call was made in recognition of World AIDS Day on Thursday, December 1.

Around 2.5 million people live with HIV in Latin America and the Caribbean. In 2021, approximately 120,000 people became infected with the virus and a further 35,000 lost their lives from AIDS-related causes.

“Access to testing and the implementation of innovations for early diagnosis, prevention and timely treatment continue to be affected by inequality, which is slowing our progress towards eliminating AIDS,” PAHO Director Dr Carissa Etienne said in her message for the day, which is being recognised under the theme ‘Equality’.

“This is unacceptable given the powerful tools at our disposal to make AIDS a public health problem of the past,” she stressed.

While 82 per cent of people living with HIV in Latin America and the Caribbean know their status, only 69 per cent receive antiretroviral treatment and 63 per cent have a suppressed or undetectable viral load, which is essential for maintaining good health and preventing transmission of the virus to others.

Among the tools available to eliminate AIDS are self-administered tests, drugs to prevent infection in people at substantial risk (Pre-Exposure Prophylaxis, or PrEP), and new drugs that are more effective and easier to take for those already living with HIV, such as dolutegravir, recommended by WHO as a first line of treatment.

While several countries in the region are accessing these tools through PAHO’s Strategic Fund, this access remains inequitable and many in most affected populations continue to miss out.

Currently, only 14 countries in the region have HIV self-testing available, 25 countries have introduced dolutegravir, and only a very limited number of people at substantial risk of HIV infection receive PrEP.

“To change course, we need an integrated response, extended to all communities at risk,” Dr Etienne said, adding that stigma and discrimination must be addressed to broaden access to diagnosis, prevention and treatment for all.

The PAHO Director also called on countries to address the challenges posed by COVID-19, which impacted the HIV response and recognised the work of health workers and authorities in the region in implementing alternatives to face-to-face care and drug delivery during the pandemic.

“The end of AIDS and many other infectious diseases can only be achieved if we tackle the barriers that prevent access to services and tools for those who need them the most,” she concluded.