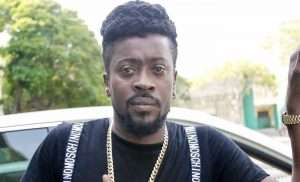 (JAMAICA OBSERVER) – Dancehall superstar Beenie Man reportedly injured his ankle when a taxi collided with a bike he had been riding in the Corporate Area on Monday.

A source close to the ‘Sim Simma’ deejay said that he suffered injuries to his lower leg and was briefly hospitalised, but has since been released.

“Beenie Man stopped to talk to somebody and a taxi man came around the corner and collided with him, injuring his ankle,” a source told OBSERVER ONLINE.

The artiste’s girlfriend, Camille Lee, took to Instagram live on Tuesday to reassure fans that the King of the Dancehall escaped serious injury in the fender bender. The live feed also showed Beenie, alongside others, watching World Cup football.

Beenie Man, given name Moses Davis, also reassured fans that he was well but fans commented that his lower leg was bandaged in the clip.

Simma, Beenie Man’s upcoming album, is expected to be released this year.

“The album is complete, everything is finished and fans will get it this year,” the deejay said during a recent radio interview.

“Labels a fight fi di album. We are in a label battle right now, suh we need fi just choose which label we a work with and move from there.”

Beenie Man has been a bonafide hitmaker for almost 20 years, known for the international hit singles, Girls Dem Sugar, Who Am I, King of the Dancehall, Dude and Romie.