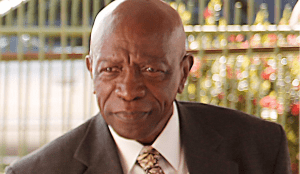 (TT GUARDIAN) – Embattled former vice president of FIFA Jack Warner is being told to prove his innocence ahead of extradition proceedings for which he seems to have exhausted all his options.

The US has charged Warner with 29 offences of fraud, corruption and money laundering and is seeking to have him extradited to face the courts there. Warner has since challenged the legality of the charges before being dealt a severe blow on Thursday when the Privy Council in the United Kingdom, the country’s highest court of appeal, rejected his attorneys’ argument that the extradition proceedings were unlawful.

Warner later issued a statement to prove his innocence and vowed to keep up his fight against the extradition. However, friends here ordered Warner, also a former Caribbean Football Union (CFU) and CONCACAF president, to prove his innocence. Former national head coach Edgar Vidale, a winner of this country’s third highest award, who met Warner as a vibrant and inspiring young administrative talent, said he was not taking sides.

Vidale, however, believes the Privy Council has made the right decision.

“I was as close to Warner as anybody would have gotten, but I do not agree that he should evade what is happening now. If what he is saying is true, that he did not commit any crime against the USA, then why don’t you go to the USA and fight it and prove it to the world? Why are you trying to evade them? He knows he can’t do it,” Vidale said.

“Let us get him to take away the dirty mass that Trinidad has through what is suggested as his sin against everybody—FIFA etc.”

Vidale earlier delivered an almost glowing account of Warner as an administrator, saying he made tremendous sacrifices for him and for the sport in T&T including calling then-president Sir Ellis Clarke at midnight to help the team get tickets for a CONCACAF tournament in the USA many years ago.

He noted also that Warner ascended to positions of great power in T&T football because other people in positions of authority, inclusive of former president Oliver Camps, did not do what they were supposed to do.

“And this man had the energy to do it for them, he did everything, until they relied on him, so actually, they gave him the power that he had.

“And when he realised that he had that kind of power, he became the man, he was the man in charge of everything and he did things that I couldn’t understand how he did it,” Vidale explained.

Meanwhile, Brent Sancho, the former national defender who rose to world fame when his dreadlocks were pulled by lanky English striker Peter Crouch during a clash between T&T and England during the 2006 World Cup in Germany, told Guardian Media that not even extradition would be the ultimate judge for Warner, but rather when he met his maker.

Quizzed on the assistance provided by Warner in increasing the number of teams in the CONCACAF region now going to the World Cup instead of just one, as well as the help rendered to several players in T&T, Sancho said: “You can look at that, but then you can also look at what the residual impact was. Because of some of the stuff that was done, it has now left the situation in tatters. If you start itemising things and try to weigh it up, then the conversation gets very convoluted because, as much as you would say that there were good things that came out, at the same point in time there were some horrific things that impacted a lot of people, including people like myself.

“But what I would say, though, is that what has transpired over that period of time has now opened eyes and minds, because within the structures and systems that people put into football, with all the deficiencies and the various things that are wrong and all the things that are good in football.

“One thing for sure, that Jack Warner, not necessarily as an individual, but what it has shown is the must for the CFU (Caribbean Football Union) to stick together for the betterment of football in the Caribbean, and not just for personal gain or anything like that, but for the betterment of football because when we are not, as we have seen over the past couple of years, you can see a decline.”

Sancho claimed that his career was cut short by Warner because he asked a question.

Valentino Singh, ex-sports journalist and editor, shared a personal relationship with Warner and offered this comment:

“There are two sides of Jack Warner that are confronting T&T—a Robin Hood who shared his spoils with the people of Trinidad and Tobago and now an embattled former FIFA executive on 12 charges related to fraud, racketeering, and illegal wire transfers, facing possible extradition to the United States to answer these charges.

“It’s an indication of what his life was all about,” said the former Guardian Media Ltd sports editor who authored two books on the former football administrator–Upwards: The Biography of Austin Jack Warner and Jack Warner: Zero to Hero.

The former high-ranking FIFA executive, politician and ex-national security minister under the People’s Partnership government now newspaper publisher and businessman, Warner, 79, lost the challenge to his extradition at the Privy Council last Thursday.

There have been mixed responses to Warner’s predicament.

“In talking to people in T&T, looking at social media, I am not surprised at the kinds of things that I’m seeing. There are a lot of mixed messages. Trinidadians love to hate,” Singh lamented.

Referring to Warner as a man who has “done things for the downtrodden,” Singh said, “There was a period in our life where everyone wanted to be associated with Warner, whether it was as him a politician, as a charitable businessman or football administrator.”

Singh said that sometimes the politics of this country influences how people think rather than a situation, but he said that he got to know Warner better by doing his biography.

“There’s a softer side of him where he does things with a good heart. He likes to help people. However, it does not exclude what happened with FIFA.”

FIFA banned Warner from all football-related activities for life in 2015, but Singh said the allegations of corruption during his tenure at FIFA should not be blamed on Warner personally but should be attributed to the organisation’s weak management and auditing structures.

“You have a group of men who got together to manage an organisation in which there were no oversight and accountability mechanisms in place to prevent them from when the temptation came from finding themselves in the situation they found themselves. Now, Warner has found himself possibly extradited to America.

“The culture of FIFA was a free for all. If you wanted to do something to benefit you personally, there was nothing that prevented you from that.

“Of course, that is no excuse for dishonesty or corruption,” Singh said.

Singh defended Warner’s contribution as a businessman, football administrator and politician to T&T, the region and football over the last few decades.

“Many times these positions overlapped. I’m saying that you have to take the good with the bad. You can’t say that he has done no good for T&T and the Caribbean.”

Singh contrasted the state of T&T’s football today to the era in which Warner played a pivotal role in the sport’s development and concluded that “football in T&T is now dead.”

“Right now, T&T does not even have a proper football league. How many of our players are being exhibited internationally? When Warner was in charge every Monday morning you heard a T&T player getting an opportunity outside T&T for professional football like Dwight Yorke and Russell Latapy.”

Giving examples of Warner’s contribution to football in T&T, he said, “Let’s look at the Secondary Schools Football League. The places where football matches used to be like the National Stadium and Skinner Park, all of these places are now rundown. But they’re now playing at the Ato Boldon Stadium and Dwight Yorke Stadium and stadiums that Warner built. There is a residual effect of the things he did which were good.”

Singh also questioned the lack of will and patriotism of the country to keep Warner from being extradited to the US.

“There are other people in other countries being hunted by the FBI, but they have received protection from their respective countries. In T&T, we have not stood behind Warner. If he committed all the crimes that they say he committed, why is he not tried as a citizen here in T&T? Why is America picking him up and carrying him for something he did as a T&T national? The courts in T&T should be the ones running behind him and hunting him down. All other countries protect their citizens,” he said.