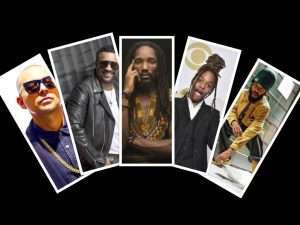 The nominations were announced a short while ago by internationally acclaimed singer John Legend.

Sean Paul earns his 10th Grammy nomination with his album Scorcha. The project was released by Island Records back in May and is the international star’s eighth studio album. Sean Paul has one Grammy win under his belt, He won the award back in 2003 for the album, Dutty Rock.

Gifted is the follow-up album to Koffee’s Grammy-winning EP, Rapture. Gifted was released through Land Recordings/Columbia Records in March, and with the project, Koffee became the first female artiste from Jamaica to place in the top 10 of the United Kingdom’s Official Albums chart. This is Koffee’s second nomination.

Produced by frequent collaborator Sting, Com Fly Wid Mi was released in May and sees the multi-Grammy winning entertainer Shaggy singing 10 of the legendary actor/singer Frank Sinatra’s best-known songs. Shaggy has two Grammy wins under his belt. He won in 1996 with the album Boombastic in 1996 and again in 2019 for the joint album with Sting dubbed 44/876.

Kabaka Pyramid earns his first Grammy nomination with his sophomore album The Kalling, and with Damian ‘Junior Gong’ Marley on the project as producer, the entertainer stands a very good chance of getting the win come February. The fifteen-track album features some of Reggae’s biggest icons including Buju Banton, Stephen Marley, Jesse Royal and Junior Gong himself.

Protoje has been nominated with the album Third Time’s the Charm but maybe the second time around will do it for the In.Digg.Nation leader. This is the entertainer’s second nomination as he got the nod back in 2018 with the album, A Matter of Time.

The final round of voting is expected to take place between Wednesday, December 14, 2022 and Wednesday, January 4, 2023. The winners in each Grammy category will be announced on February 5, 2023 at the Crypto.com Arena in Los Angeles.