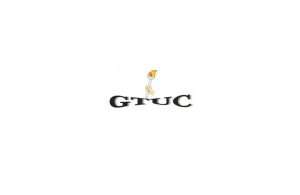 PR – On Monday October 31, 2022 the Government of Grenada (NDC Administration) held a Town Hall Meeting which was broadcasted on several media platforms to include GIS and Facebook.

During his presentation Prime Minister (PM) Hon. Dickon Mitchell made several statements about and concerning the Labour Leaders of Grenada and in particular the Grenada Trades Union Council (GTUC).

The GTUC states here that it was never trying to avoid meeting with the Leader of the NDC party and/or the NDC Party and as such his statement is manifestly certified false as there is documented record of all correspondence between the now Prime Minister and the GTUC making clear the picture of who was avoiding whom. The GTUC is proud to boast that in the last six (6) election cycles, it has met with every major political party contending for office with the same format of, the parties formally making a request to meet as recorded in the GTUC files, other than on this occasion when there was no meeting with the NDC or its leader.

Following the Elections of June 23, 2022, the duly elected Prime Minister invited all the Public Sector Unions and Uniformed Service Associations (NOT THE GTUC) to a meeting for discussions on the NDC’s campaign promise to restore Pension in accordance with the ruling of the high court and those Unions and Associations were obligated to attend. Union Leadership did not go running and begging to meet with the Prime Minister within “20 days of him becoming Prime Minister” as his statement appears to suggest.

It is documented that:

October 2021 – The NDC Party elected a New Executive include the present P.M. Dickon Mitchell as leader.

December 1-2021  – The President of the GTUC received an email addressed to his personal email from the personal email of the Leader of the NDC, requesting a meeting with the GTUC on either the 9th or 10th December.

December 3, 2021 – The Office of the GTUC (not the President) responded to the Leader of the NDC indicating the dates were not convenient due to earlier commitments by Executive Members and that GTUC will respond further.

December 6, 2021 – The GTUC being the democratic organization and not a political party or business entity where it is normal for the leader or CEO to make decisions on whim and fancy, the matter was discussed as is the norm by the GTUC Executive and it was decided that the meeting was welcomed as the GTUC has never refused to meet with any Political party. Subject to the fact that we are an organization whose membership and indeed our Executive have the right to support any political party, it was of paramount importance that there was an official paper trail and a personal email to any member of the Executive could not be considered official correspondence.

December 7, 2021  – @ 10.02a.m. The Office of the GTUC was instructed to follow up with an email to the Leader of the NDC indicating the necessity for a FORMAL LETTER requesting the meeting and indicating a date for the meeting will follow shortly thereafter.

December 7, 2021 @1.21p.m. The Leader of the NDC responded to the email stating quote “The formal letter will follow shortly“.

WE ARE STILL AWAITING SAME AS THERE WAS NO COMMUNICATION TO THE GTUC FROM THE NDC LEADER BEFORE THE ELECTION OF JUNE 23, 2022 (MORE THAN 6 MONTHS) UNTIL THE GTUC OFFICIALLY WROTE THE PRIME MINISTER ON SEPTEMBER 7, 2022 REQUESTING AN INTRODUCTORY MEETING. THE PRIME MINISTER WAS ABLE TO MEET WITH THE GTUC ON NOVEMBER 2, 2022 TWO DAYS AFTER THE STATEMENTS WERE MADE.

The Grenada Trades Union Council (GTUC) looks forward to engaging the Government of Grenada, Prime Minister and other parties whenever the need arises to address workers issues.