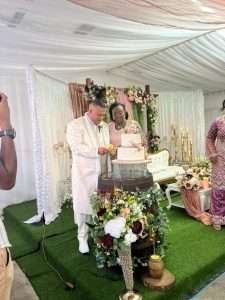 (TT GUARDIAN) – A woman has been shot dead by her estranged husband who then killed himself.

The incident took place around 6.30 am as Keisha-Marina Bostic, 42, was leaving her home at Drayton Street, San Fernando for work.

Initial reports stated that her estranged husband Shamzard Mohammed blocked her vehicle and fired several shots at her.

She suffered severe injuries and eventually succumbed to her injuries.

He then shot himself. Bostic was taken to the San Fernando General Hospital by a relative.

Up to a short while ago investigators were still at the scene as well as Mohammed’s body.

The incident happened opposite the Anstey Memorial Girls Anglican School.

The student support services are at the school counseling students.