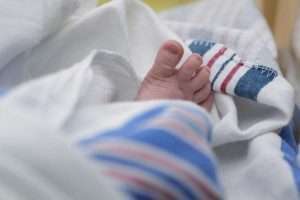 (AFP) – A damning report Wednesday found that 45 babies who died at two British hospitals might have survived if their care had been up to standard, in the latest UK maternity scandal.

Dr Bill Kirkup, who led the official independent investigation, described his findings as “stark” and “shocking”.

“Had care been given to the nationally recognised standards, the outcome could have been different… in 45 of the 65 baby deaths” examined, he told reporters.

Kirkup said there had been “failures of professionalism, of compassion and of kindness” at the hospitals run by East Kent Hospitals NHS Trust in southeast England.

“Women were not listened to… they were disregarded and that led directly to instances of harm” including baby deaths, he said.

The doctor, who seven years ago published similar findings after probing baby deaths at another group of hospitals in northwestern England, said lessons had once again not been learned.

“On at least eight separate occasions over a 10-year period, the trust board (at East Kent) was presented with what should have been inescapable signals that there were serious problems.

“They could have put it right. The first instance was in 2010 but they didn’t. In every single case they found a way to deny that there were problems.”

The shocking findings about the state of some of Britain’s maternity services come on top of two other similar scandals and another probe that was announced in May.

The East Kent investigation was sparked by the death of baby Harry Richford, who died seven days after he was born by emergency caesarean in November 2017.

An inquest into his death concluded that he died due to seven gross failings amounting to neglect.

Speaking ahead of the release of Wednesday’s report, he said it was deeply concerning that the same problems seemed to be reappearing time and time again.

“When I reported on Morecambe Bay maternity services in 2015, I did not imagine for one moment that I would be back in seven years’ time talking about a rather similar set of circumstances and that there would have been another two large, high-profile maternity failures as well on top of that.

“This cannot go on. We have to address this in a different way.

“We can’t simply respond to each one as if it’s a one-off, as if this is the last time this will happen. We have to do things differently.”