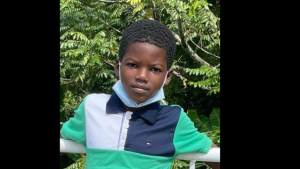 The men are said to live in central Trinidad. The four suspects are also contesting their detention at the Freeport, Cunupia, Caroni, and Couva Police Stations. According to a police report, around 8.20 pm last Saturday, several gun shots were fired from a white panel van near the basketball court at the African Recreation Ground, Enterprise, striking Modeste.

Relatives took him to the Chaguanas Health Facility. However, he died.

Investigators believe the gunmen shot into the playing field indiscriminately but could not say if they were targeting anyone specifically.

Police said the van had been stolen from a bakery worker conducting sales earlier in the day.

The four suspects, said police, are from Enterprise and Logdenville. They were detained on Sunday at a house in the area where a birthday party had been held. The four men were reportedly asleep when the police detained them. Lawyers representing the suspects have  sent a pre-action protocol letter to acting Commissioner of Police Erla Christopher. The four are being represented by the C J Williams Law Office.

In the 10-page pre-action protocol letter, the four men claim that police officers beat each of them. They also claimed that they were struck in the face. The letter also stated that the potential claimants have been detained for 33 hours and have not been charged with any offence.

Furthermore, neither the potential claimants nor their attorneys have been given any additional or improved details about their current detention and/or the reason(s) for their detention, and their detention violates the principle that a person should not be detained solely for questioning. The child’s death sparked outrage and the acting police commission has extended condolences to the family and friends.

Christopher has also given the assurance that no stone would be left unturned to bring the perpetrators of this crime to justice.

She added, “Over the years, the Trinidad and Tobago Police Service has invested resources in the Enterprise area and will continue to work and partner with members of the community, and the TTPS will render assistance to the distraught family during this traumatic time through our Victim and Witness Support Unit.”

The attorneys, led by Criston J Williams and Blaine Sobrian, are expected to file the proceedings against the Police Service.