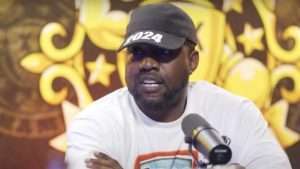 ((JAMAICA OBSERVER) – The family of George Floyd has sought to take legal action against US rapper Kanye West for what they consider defamatory statements made by the entertainer about their deceased relative.

According to multiple international news sources, including Yahoo News, Floyd’s family is preparing a $250 million defamation lawsuit against West over false comments he made about Floyd’s death during an appearance on the Drink Champs podcast.

During the podcast, West asserted the false claim that Floyd died from fentanyl. “I watched the George Floyd documentary that Candace Owens put out… They hit him with the fentanyl. If you look, the guy’s knee wasn’t even on his neck like that,” West said.

News emerging from the highly publicized case revealed that Floyd did have a trace amount of fentanyl in his system but disclosed that both medical experts and a coroner concluded that Floyd died from a lack of oxygen caused by the prolonged period police officer Derek Chauvin’s knee was on his neck.

Chauvin was subsequently convicted of murder and sentenced to 22 years in prison.

Yahoo News said following West’s statements, Roxie Washington, the mother of Floyd’s only daughter Gianna, intends to sue West, his business partners, and his associates for harassment, misappropriation, defamation, and infliction of emotional distress, according to a statement released on Tuesday. The family is seeking $250 million in damages.