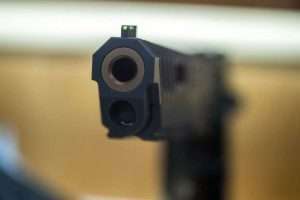 (AP) — Mexico’s Roman Catholic Church has suspended a controversial priest who has advised parishioners to carry guns to fight off drug cartels.

Better known as “Father Pistolas,” Reverend Alfredo Gallegos is a priest in the violence-plagued western state of Michoacan who has himself sometimes carried a weapon.

A circular from the Archdiocese of Morelia, the state capital, instructed other priests not to allow Gallegos to celebrate Mass.

While the archdiocese did not answer phone calls seeking to confirm the order, a priest in a neighbouring diocese who was not authorised to be quoted by name confirmed the authenticity of the order Wednesday.

The order, dated September 21, did not specify a reason for the indefinite suspension imposed earlier that month, saying only that Gallegos “had been admonished on several occasions” for something.

Even for Michoacan, it was surprising when Gallegos called from the pulpit in 2021 for parishioners to arm themselves against warring drug gangs.

“The cartel gunmen come, they take the livestock, they screw your wife and daughter, and you do nothing,” Gallegos said in a sermon.

“Well, get yourself a gun, the government can go to hell.”

“We have to defend our lives,” Gallegos continued.

Mexican law forbids most civilians from owning almost all firearms, except for extremely low-calibre hunting rifles or shotguns.