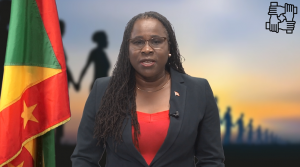 PR – The Government of Grenada extends congratulations to the Grenada Trades’ Union  Council (GTUC) and all its members, on the commemoration of Solidarity Week,  under the theme: “Promoting Workers’ Unity, Consolidating & Advancing Gains in  these Challenging Times.”

For over 100 years, trade unions have been part of the labour landscape in Grenada  and have played a critical role in advancing the interests of the working class.  Indeed, labour has historically provided a launchpad, from which several of our  major political parties took flight.

As a government, therefore, we appreciate the need to work together with the  trade union movement, in promoting our policies.

Even when it was difficult to arrange and secure dialogue with the unions, prior to  June 23rd, we committed to the workers of Grenada to take certain steps in their  interests immediately upon forming the government. In that regard, to date, we  have so far:

Furthermore, we are pleased to have commenced the conversation on the need to  regularise contract workers, not just in the public sector, but in the private sector  as well, and we welcome the unions’ support in this regard.

We look forward to uniting heads and hands with the unions as we tackle the issue  of pension reform. My government is confident that, working with the unions, we  will find a solution that serves the interest of all workers, the wider community, and the economy in the long term.

My government is committed to the transformation agenda on which we were  elected. However, we recognise that unity between government and the labour movement is critical to achieving the success we all wish for.

As we navigate these challenging times where the global situation remains  uncertain and indeed volatile, we must keep in mind that we are strongest and  most resilient when we unite.

To enhance the labour climate for all workers, and in so doing, lift the quality of life  for our people, government and unions must work in solidarity with each other.  Government and unions must recognise that we share constituents, and our  respective agendas will be best served if we work together in good faith and in a  spirit of mutual co-operation and respect.

My government, in these early days, has clearly demonstrated that it has the best  interest of all workers at heart, given the steps we have taken so far. We intend to  move forward in this vein, expecting full co-operation, support and solidarity from  our brothers and sisters in the trade union movement, as together, we move  Grenada forward.

Once again, on behalf of my colleagues in government and on my own behalf, I  wish all workers and unions a successful and enjoyable solidarity week.