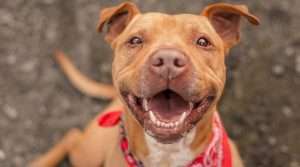 (WIC NEWS) – Police officials of St Kitts and Nevis are investigating the death of a 3-year-old child who was killed by a dog as he attacked him in Gingerland on Wednesday afternoon, October 5.

Initial investigations have disclosed that the boy was at home with his family members during the time of the incident.

The child went to the back of the home, where several dogs were chained up next to dog houses. One of the dogs, who was a half-breed pit bull attacked the three-year-old, injuring him seriously in various places.

The child was later discovered by a family member and was rushed to the Alexandra Hospital, where he was declared dead on arrival by the doctor on duty.

Officials from the Forensic Department visited the home where the incident took place and collected evidence. The dog was later put down by police officials for the incident he carried out.

A post-mortem examination was performed on the child’s body which confirmed that his death resulted from serious injuries to his face and neck because of a dog attack.

The police are asking anyone with information regarding this event to approach the nearest police station.

The police officials of St Kitts and Nevis are requesting anyone with information regarding this event to contact the nearest police station.

Investigations to look into the matter are still going on.

Such attacks by dogs are fatal and cause serious impacts on small children. Various deaths have been reported by pit bull attacks from all around the world.

People are also urged to keep those dogs as pets, who are said to be human-friendly and are not dangerous to anyone.

Families with children must avoid keeping dogs as pets as it is very dangerous for them and can lead to serious issues or even the death of a child.