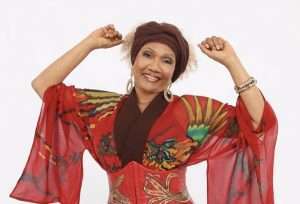 (URBAN ISLANDZ) – The man accused of defrauding veteran reggae artist Marcia Griffiths millions of dollars in a purported land transaction has pleaded guilty to two counts of obtaining money by false pretense and has agreed to repay the singer her money.

The man, Ray Morgan, is a convicted felon. On Wednesday (Oct 5.), he offered to pay restitution to the victim when he appeared before Senior Parish Judge Lori-Anne Cole Montaque at the Kingston and St Andrew Parish Court.

He was represented by attorney Orville Morgan who said that his client will start making payments through the court beginning next Thursday.

Morgan was arrested and charged with defrauding Marcia Griffiths of $4.8 million in June 2021. According to reports, he had previously spent 12 years in jail on four counts of fraud and had just come out of jail when he represented to Griffiths that he could help her acquire a property in Jamaica.

The singer was connected to Morgan by another party after expressing the desire that she wanted to build a museum that shared her legacy with the world as one of the veterans of Reggae music and a pioneer in the genre.

According to her complaint, Morgan proffered that he had overseas partners who could lend her US$500,000 to purchase the property and fund the costs of the construction. In return, the career fraudster claimed that the singer had to pay him US$30,000 for fees and J$250,000 for stamp duty which she later wire-transferred from her account to his.

Morgan then disappeared, leaving the singer hanging. In the meantime, Morgan’s application for bail was denied by the court, and he was remanded to prison until his sentencing hearing.

At a previous court hearing, an antecedent report was requested by the judge, which may no doubt weigh on his sentencing.