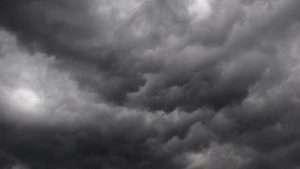 (CMC) – The Barbados-based Caribbean Climate Outlook Forum (CariCOF) Monday said that over the next three months, the transition between wet and dry season is forecast to feature frequent wet days, excessive rainfall and above-average tropical cyclone activity across the Caribbean region, as exacerbated by La Niña.

In its latest Caribbean Climate Outlooks publication CariCOF said this would result in frequent disruptions of outdoor activities and rising water levels in soils, rivers and reservoirs.

“The potential for floods and cascading hazards is forecast to be extremely high across the Lesser Antilles, high elsewhere across the Caribbean Islands and in Belize, and moderate in the coastal Guianas, where the chance of excessive rainfall increases during November”.

It said in October, high humidity and temperatures at times may increase heat stress south of Guadeloupe.

In a brief climate outlook for the first three months of next year, CariCOF said that there are indications that climatic conditions during the first three months of 2023 may still be characteristic of a La Niña, potentially being wetter than usual in the ABC Islands, Aruba, Bonnaire and Curacao), the Guianas and the Lesser Antilles, as well as in Belize, but possibly drier than usual in the Bahamas, the Cayman Islands and Cuba.

“This results in a high potential for flooding, flash floods, and cascading hazards through early February in the coastal Guianas. By contrast, water shortages associated with the core of the dry season may be exacerbated in the Bahamas, Cayman Islands, and Cuba.” It added.

It said during the first three months, temperatures in the Caribbean region “will be comfortably cool”.