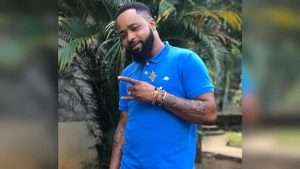 (JAMAICA OBSERVER) – A man was killed and a female injured in a gun attack at a bar in Negril, Westmoreland on Tuesday night.

The deceased has been identified as 29-year-old Edward Mosley of a Red Ground, Negril address in the parish.

Police report that about 10:30pm, Mosley and the woman were patrons at the bar, which is on the premises of a guest house, when a man dressed in black ordered a drink before walking away.

The man returned shortly after, brandished a firearm and opened fire hitting Mosley in the head before escaping. The woman was also shot in the foot.

Mosley and the woman were transported to hospital where he was pronounced dead on arrival while the female was treated and admitted in stable condition.