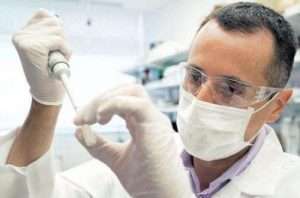 (AFP) – Experts on Wednesday said they were encouraged after preliminary data for a new Alzheimer’s drug showed it slowed cognitive decline, the first medicine to accomplish this goal.

The treatment, called lecanemab, was tested in a clinical trial of nearly 1,800 people, and slowed cognitive decline by 27 percent across an 18-month period, according to early results announced by makers Biogen and Eisai.

“This is the first drug that’s been shown to not only remove the build-up of a protein called amyloid in the brain, but to have a small but statistically significant impact on cognitive decline in people with early-stage disease,” said Susan Kohlhaas of Alzheimer’s UK.

But experts cautioned their comments were tempered by the preliminary nature of the results, which were announced by press release ahead of publication in a peer-reviewed journal, as the companies look to bring the treatment to market as early as January 2023 in the United States.

Biogen previously brought another Alzheimer’s drug to market called Aduhelm, but there was significant controversy over the evidence it worked, and its approval led to three high-level resignations in the US Food and Drug Administration.

According to a statement by Biogen and Eisai, in addition to slowing cognitive decline, the new treatment also slowed build-up in the brain of the protein amyloid, which forms sticky plaques and kills brain cells.

Both treatment and placebo groups had people of similar characteristics, including a broad range of underlying conditions. A quarter were either Hispanic or African American.

Michel Vounatsos, CEO of Biogen, said the announcement “gives patients and their families hope that lecanemab, if approved, can potentially slow the progression of Alzheimer’s disease.”

Masud Husain, a professor of neurology at the University of Oxford, said in a statement: “While the summary of the results certainly seems very encouraging, we have to be cautious until we are allowed to review the data fully.

“It is also important to bear in mind that the trial results apply only to people with mild Alzheimer’s disease, not everyone with the condition, and that there were important side effects of the drug, including bleeds in the brain.”