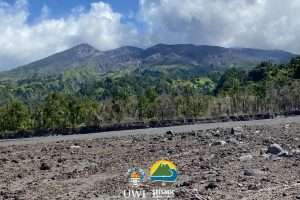 (CMC) – Police in St Vincent and the Grenadines say they are awaiting the results of a post-mortem examination on the body of a 24 year-old American woman, who died at hospital last week, after collapsing on a hike to the La Soufriere volcano that last erupted in April last year.

The woman, Alicia Zebutis, of Chicago, Illinois was pronounced dead last Thursday, one day after she and her husband arrived in the country.

La Soufriere, which is 4,048 feet (1,234 metres) high, is a popular tourist attraction. However, since it erupted in April 2021, the slopes of the volcano are littered with deep ravines that have made it especially difficult to hike.

In a statement, police confirmed that Zebutis and her husband, whose name was not disclosed by the authorities, had along with a group of friends went hiking along the La Soufriere Mountain Trail.

“At about 4 pm. … the same day, officers attached to the Georgetown Police Station were informed that a member of the group had collapsed and was in urgent need of medical attention.  Mrs Zebutis was transported to the Georgetown Hospital. She was later pronounced dead by the District Medical Officer (DMO),” the police said in the statement.

It said that a post-mortem examination is expected to be carried out on her body to ascertain the exact cause of death.