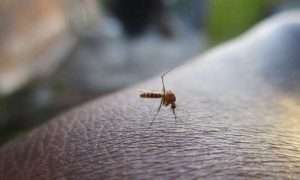 (CMC) – Scientists in Cuba have said that they have made strides towards developing a vaccine to fight the mosquito-borne dengue fever.

In making the announcement, the president of the BioCubaFarma Biotech Conglomerate Eduardo Martinez said a diagnostic system is also being developed to detect the disease as the first symptoms appear.

Cuban scientists have worked over the past 10 years to find a vaccine against dengue and decided to develop one that induces a cellular response against the virus, which they expect to have soon.

Martinez also announced that Cuba already counts on a new fast diagnostic system that will help health protocols by detecting the disease as soon as the patient feels the first relevant symptoms and even if there is reinfection.

He said this will allow different treatments for patients to avoid the development of the disease and death.

dengue fever is a mosquito-borne illness that occurs in tropical and subtropical areas of the world.

Millions of cases of dengue infection occur worldwide each year.

Dengue fever is most common in Southeast Asia, the western Pacific islands, Latin America and Africa.

But the disease has been spreading to new areas, including local outbreaks in Europe and southern parts of the United States.