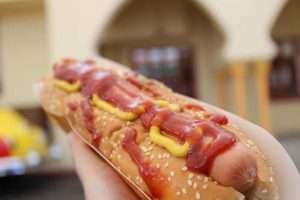 CMC – A magistrate in The Bahamas has sentenced a 41-year-old man to two-and-a-half years in prison after he admitted to breaking into a church and stealing food worth US $6 (JM $852).

Magistrate Samuel McKinney imposed the sentence on Elkeno Wallace after he appeared before him on charges of shop-breaking and stealing from a place of worship.

The court was told that on September 13, Wallace broke into the East Street Gospel Chapel, went to the kitchen of the church’s auditorium where he stole six dollars worth of hot dog buns.

He was arrested by police at the scene after they were alerted to the robbery by a Deacon. Wallace told the officers that he was starving.

He pleaded guilty to the charges, telling the Magistrate that he was beaten shortly before the incident and had no choice but to go to the church. After asking for the court’s mercy Wallace said he also needed a monthly injection for an unstated medical condition.