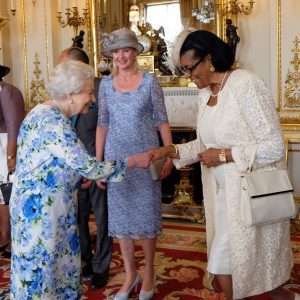 PR – The Governor General, Her Excellency Dame Cécile La Grenade,  will leave the country today to attend the State Funeral of Her Majesty Queen Elizabeth  II in London, United Kingdom.

The State Funeral will be held on Monday, September 19, at Westminster Abbey. Her  Excellency Dame Cécile La Grenade will be accompanied by Grenada’s resident High  Commissioner in the United Kingdom, Her Excellency Kisha Abba Grant. The Governor  General is also expected to hold an audience with His Majesty King Charles III during her  visit.

The Governor General will return on September 21, 2022.

Senator the Honourable Dessima M. Williams, President of the Senate, has been  appointed as Acting Governor General in the absence of Her Excellency Dame Cécile La  Grenade.