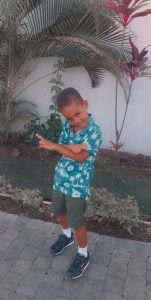 Young Jevanie, a grade one student of the Catadupa Primary School, is believed to have been washed away by heavy rainfall in his community as he walked home from school on Thursday afternoon.

The boy’s mother, Georgia Adams, told OBSERVER ONLINE that she was at work when her eldest daughter called to say that they could not locate Jevanie.

A search team was formed and they subsequently located the deceased boy’s body in a stream on Thursday evening.

It is believed that heavy rainfall forced the six-year-old boy into a ditch.

Adams stated that she is broken as Jevanie cried to not attend school on Thursday morning.