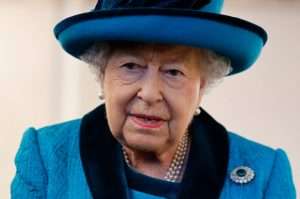 PR  – It is with heavy hearts that the Government and people of Grenada  received news on the passing of Her Majesty Queen Elizabeth II, Head of State of  Grenada.

Prime Minister, the Honourable Dickon Mitchell, expressed heartfelt sympathies and  condolences to His Majesty The King, The Queen Consort and all Members of the Royal  Family on behalf of the Government and people of Grenada.

“I am sincerely saddened to learn of the death of Her Majesty Queen Elizabeth II. As  Head of the Commonwealth, Her Majesty’s steady leadership helped to unite people and  countries from around the globe in common cause, and for this, Queen Elizabeth II will  always be remembered. We mourn her passing and will continue to honour her legacy.”

Her Majesty Queen Elizabeth II ascended the throne on February 6, 1952. At the time of  her passing, Her Majesty was the longest ruling Monarch in British history.

As a mark of respect, flags throughout the State will be flown at half-mast until the date  of Her Majesty’s funeral.