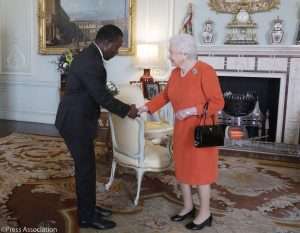 PR – It is with a deep sense of sadness that the Leader of His Majesty’s Opposition in  Grenada, Political Leader of the New National Party and member of His Majesty’s  Privy Council, Former Prime Minister, Dr. the Right Hon. Keith C. Mitchell learnt of  the passing of Her Majesty Queen Elizabeth the Second of the United Kingdom.

Her Majesty Queen Elizabeth as Head of State of Grenada and of the  Commonwealth provided tremendous inspiration to all for over half of a century  and will be greatly missed.

Sincere condolences are expressed to His Majesty King Charles the Third, to other  members of the Royal family and to the Government and people of the United  Kingdom.

Leader of His Majesty’s Opposition in Grenada