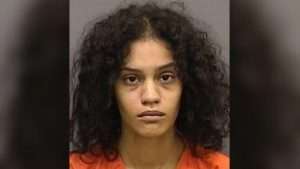 (NEW YORK POST) – A 3-year-old toddler got hold of a gun and accidentally shot a 5-month-old baby in a Florida home — leading to neglect charges for the woman who was supposed to be caring for them, cops said.

Officers responded to the Tampa residence at around 1 p.m. on Saturday after getting a call that the infant had been shot in the hip, The Tampa Police Department said in a statement.

Paula Concepcion Santos, 25, was arrested and charged with child neglect with great bodily harm — while the baby was taken to Tampa General Hospital to be treated for non-life-threatening injuries.

Concepcion Santos allegedly told detectives that the toddler got hold of a loaded gun and accidentally fired it.

Detectives are still trying to determine exactly how the shooting occurred. They have not revealed how Concepcion Santos is related to the two children. She remained jailed on $15,000 bond as of Tuesday.

“While we’re incredibly thankful this infant was not fatally injured, this should serve as a reminder to every parent or guardian to immediately go and check that their guns are properly secured,” stated Tampa Police Chief Mary O’Connor.

He added: “Children should not be able to access firearms, and moreover, guns should always be stored in a locked safe with the ammo stored separately.”