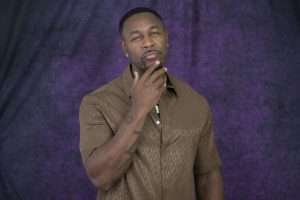 (AP) — R&B star Tank began contemplating his final album after considering pursuing other endeavours. However, that timeline was accelerated after losing one of his most essential tools: his hearing.

“It just made me look at time differently. It just made me say, ’Man, if I can lose an ear in three days, I could possibly lose the other one in the next three,” said the crooner who released “R&B Money” this month. “You just realise you don’t have as much time as you think you do.”

Last year, Tank revealed he was suddenly going deaf in his right ear while losing substantial hearing in his left, although the left recovered.

“You start taking a medicine that’s supposed to help with your ear, but it’s hurting everything else,” Tank explained of side effects. “So when the engineer is mixing and he’s doing real cool stuff that goes from left to right, and he’s like ‘Did you hear that?’ I did not. …So there was a moment of depression.”

But the man born Durrell Babbs, who describes himself as a competitor, worked to create a 17-track, unmistakably rhythm and blues record during an era when the lines between R&B and rap are often sonically blurred. A rare self-contained artist who can pen, produce and sing, he wrote or co-wrote every song.

Tank immediately sets the intended tone of his 10th studio album by expertly displaying the lost art of slow jams with “When You Dance,” “Home,” and “No Limit” featuring Alex Isley.

“You are going to be drowned in sensuality,” said the five-time Grammy nominee with a smile. “I would prefer you be with somebody that you’re attracted to.”

For “See Through Love,” he connected with superstar Chris Brown who he’s known since Brown’s teen years. Tank sent music to the superstar, who responded: “Bro, I love the record… I just really want to do something classic R&B with you.” So Tank kept going: “I sent him ‘See Through Love,’ and he sent back like 8,000 fire emojis and said, ‘It’ll be done tonight.’”

The previously released singles “I Deserve,” in which he creatively sampled his own “ Maybe I Deserve ” hit and “Can’t Let It Show,” which re-works the Kate Bush song that Maxwell introduced to Black music listeners, also appear on the album; both reached No. 1 on Billboard’s Adult R&B Airplay chart. And he did manage to create turn up vibes with “Make Sure” featuring Feather and “It’s Nothing.”

Singing backup during the late ’90s for R&B icons Ginuwine and Aaliyah, Tank jumpstarted his solo career with 2001′s “Maybe I Deserve.” He’s released a score of hits like “One Man,” as well as No.1 hits “Please Don’t Go” and 2017′s “When We.” Five albums reached No. 1 on Billboard’s Top R&B/Hip-Hop Albums chart during his two-decade career, maintaining relevance through R&B’s changes.