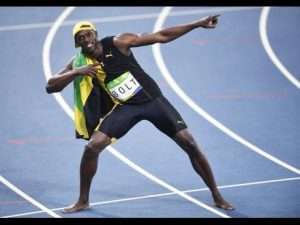 The Olympic and World Champion is reportedly seeking to sell sunglasses, jewellery, bags, clothing and sporting goods bearing the logo.

The trademarks being sought will also cover restaurants and sports bars.

Bloomberg says Bolt filed the application with the US Patent and Trademark Office on August 17.

Bolt first did his signature victory pose, dubbed the ‘To the World’, during the 2008 Olympics in Beijing, China, where he set world records in the 100- and 200-metre races.