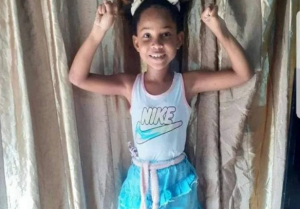 (TRINIDAD EXPRESS) – Officers of the TTPS Special Victims Unit will be held accountable if it is determined no action was taken after a neighbour claimed she made a report to the unit mere weeks before seven-year-old McKenzie Hope Rechia was found dead.

The neighbour, Michelle Alexander, told the Express on Sunday, “I called the station twice and I called Child Protection Unit. I didn’t want them to take the child away. I wanted them to help her. But no one came. That was about three weeks ago when she (the suspect who strangled Hope) started talking about killing herself and the child.”

Head of the SPU, acting Supt Claire Guy-Alleyne, yesterday said such a report would not be made without action being taken by her unit.

“We would never get a report like that, not under my command, and nothing will be done. I don’t make joke at all, protecting children is critical and paramount in my mind,” she said, adding that officers under her command have to be like-minded.

“Those things cannot happen but if it happens persons will be held accountable,” she added.

Acting Commissioner of Police McDonald Jacob also said yesterday the unit looked at telephone records to confirm whether or not the neighbour did in fact make a report to the police, and by today will be able to confirm the findings.

Jacob was speaking to the media yesterday after the launch of the Ministry of Social Development and Family Services’ parenting programme 2022 at the Mt Hope/Mt Lambert Community Centre, Community Drive, Mt Hope.

Jacob said, “I think by the end of today (Monday) or by early tomorrow (Tuesday) we will have a better idea on what took place. It is something simplistic… Most persons, sometimes when they call in, they will make calls through our 999 system. Through our 999 system, you have that computer dispatch system, where all reports are in fact recorded.

So, there are ways and means that we can track back the report. And this is contemporary times, so that even though the report is made to the station, we can get that information. We may not get the voice recording, but we will see whether or not a report, a call, came from that particular number at that point in time. So, it is easy to track it down to see whether or not someone called the station to make a report.

“I cannot answer at this time to say in those circumstances to say whether or not a report was made, yes or not. But, I know that Ms Guy-Alleyne, the superintendent, the head of that unit, is doing the relevant investigation and we will respond soon concerning that report. However, some report was made to the Children’s Authority.

So, we need to really find out the truth behind it to see what really went wrong, so it will not be repeated,” he added.

Speaking to the Express on Sunday, Alexander claimed she contacted the police because the suspect had threatened to kill the child and then end her own life.

She said, “I called the station twice and I called Child Protection Unit. I didn’t want them to take the child away. I wanted them to help her. But no one came. That was about three weeks ago when she started talking about killing herself and the child.

“I feel like we all failed her. I failed her. We could have done more. Why didn’t police come when we called? This child would have still been alive. What kind of society are we living in? This beautiful child is now dead,” she added.

Addressing the audience at the launch yesterday, Jacob also encouraged people to look out for one another as it “take a village to raise a child”.

Asked whether persons can call the police for assistance, even if a crime has not been committed but it is suspected the something might occur, Jacob said that’s exactly why the Unit was established.

So, once someone calls, we will provide that support. We normally provide the initial report, the initial counselling, and then if there is work to continue, we refer them to the (Ministry of Social Development and Family Service’s) family division, where there exist persons with the requisite skills.”

Relatives of the woman suspect also said she was admitted to the psychiatric ward at the San Fernando General Hospital and was treated for three weeks because she suffered from depression.

Jacob said if family members or neighbours suspect that someone is suffering from a mental illness or can potentially cause harm to themselves or others, then they should reach out to the police as well.

On Friday, a woman led an imam to her one room shack off No.7 road, Palo Seco where Hope’s body was found on a mattress covered by a piece of cloth. She later confessed to beating and strangling her.

Meanwhile, psychiatrist Dr Varma Deyalsingh said yesterday there are avenues other than the police for help in the form of mental health officers.

“I think it’s unfortunate what has happened but I think we have to start educating persons that we have to have back up plans and mental health officers are there.

We need to start to put that out in the public domain that if people are acting in a manner that they’re going to harm themselves or others or they’re acting strange, you can reach out to the mental health officers in each psychiatric unit,” he said.

He said there are about 27 psychiatric outpatient clinics staffed by psychiatrists, psychologist, mental health officers and psychiatric social workers in charge of certain areas.

Deyalsingh added that some patients refuse medication when they are discharged from psychiatric institutions and this is where family members and neighbours are important.

“They may take it from us and then on discharge they may throw it away. Some of them don’t think anything is wrong with them, the delusions and hallucination are real, they think we are part of the plot against them … We need probably more mental health officers on board and we need a liaison between the relative of individuals who are not taking medication and deteriorate or a neighbour is vital. That line with community and mental health officer is a vital link,” Deyalsingh said.

He said psychiatric social workers could also offer assistance in getting grants, including disability grant for people with mental illnesses, and food grants to help them cope with life.