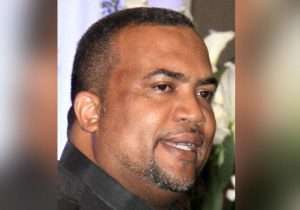 (TRINIDAD EXPRESS) – A parish priest has been left shaken after being tied up and robbed.

According to police reports, around 1 a.m. yesterday, Fr Roger Paponette of the San Rafael Roman Catholic Church was at the clergy house of the parish, when he heard loud banging.

Upon investigating, he saw lights flashing and he was confronted by a group of armed men. The priest was assaulted and tied up, while the men ransacked the church for items of value.

They removed several items, including the keys to his Toyota van, which was parked outside. They then drove away in the vehicle.

Fr Paponette was later able to untie himself and contacted the La Horquetta Police Station.

Officers from the Northern Division and the Eastern Division responded, and based on information received, the vehicle was recovered in the Sangre Grande district.

It is expected to be examined for fingerprints before being released to the victim.

In a press release from the Archdiocese of Port of Spain, San Rafael parish secretary Melissa Hobson-Garcia stated the incident has left Fr Paponette a bit “shaken up” emotionally, but physically he’s “okay” and unharmed.

The Roman Catholic Church of the Archdiocese of Port of Spain has asked the faithful to keep Fr Paponette and the community in prayer.

“This is a horrible act! Shame on the perpetrators. A consequence of Godlessness and lawlessness. No fear of God. Deliver us, Oh God, from the evil that stalks our land,” said Veronica Luke, who commented under the public post recounting the incident.

Another commenter, Judy Khan, said, “Thank God he is okay, but to think how low Trinidad has sunk is very disturbing.”

And Bishop Michael Besson of St Michael’s Christian Mission, Guayaguayare, told the Express: “Imagine people are tying up priests. They are robbing churches of their bells.

“They have to close the doors tight when they are picking up collection. People are invading churches. They are disrespecting altars. It is a frightening situation. It’s grave.”