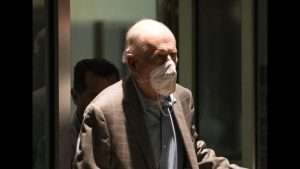 (CMC) – A Texas billionaire charged with tax evasion and money laundering through a web of offshore entities in Bermuda and the Caribbean has died in the United States, according to media reports.

No details were given about Robert Brockman’s passing, which reportedly occurred last Friday, and it was not immediately clear how his death would affect the US government’s ability to recover the taxes it says are owed.

Lawyers for the 81-year-old had argued that the tech tycoon was unfit to face the charges because he suffered from dementia, but a US judge ruled earlier this year that he was competent to stand trial.

US District Judge George C Hanks Jr dismissed the claims in a federal court in Houston in May, declaring that the defendant had exaggerated his symptoms.

Brockman faced 39 counts, including evading taxes on US$2 billion of income, wire fraud and money laundering.

The case was the largest-ever tax evasion prosecution against an individual in the US.

In an indictment filed in San Francisco last October, prosecutors claimed that Brockman used a family charitable trust and offshore firms based in Bermuda and Nevis, as well as bank accounts in Bermuda, Switzerland and the British Virgin Islands, over a 20-year period to hide income from private-equity investments from the Internal Revenue Service, the US tax authority.

The billionaire used nominees to create a “false paper trail” in a conspiracy to disguise his direct control of these entities, which included the A. Eugene Brockman Charitable Trust, Point Investments Ltd and the St John’s Trust Company, all based in Bermuda, prosecutors claimed.

One of the nominees, referred to as “individual one” in the indictment, managed the Bermudian entities, as well as Spanish Steps, Edge Capital Investments Ltd and Cabot Global Investments Ltd, all based in Nevis.

The charges came after a Bermuda-based lawyer, Evatt Tamine, who worked for Brockman testified against his former employer before a US grand jury.

Tamine recounted how he and Brockman took many steps to conceal his boss’s control of a multibillion-dollar family trust in Bermuda, including the use of code names, the encryption of communications, and destruction of evidence.

But in another hearing last November, Tamine insisted Brockman had done nothing illegal.

In his ruling, the judge concluded that Brockman was “exaggerating his symptoms of severe dementia and his cognitive abilities are not as poor as reflected by his cognitive test results”.

“In other words, Brockman is malingering to avoid prosecution.”

The judge agreed with prosecutors who claimed that while Brockman has some cognitive impairment, he began exaggerating his mental decline in 2018, when he came to the attention of US investigators examining his links to the multibillion-dollar family trust in Bermuda.

“The court finds that despite Brockman’s recent health problems, the [US] government has met its burden of establishing that Brockman is competent to stand trial,” the judge ruled.

Born in Florida, where his father ran a gas station and his mother worked as a physiotherapist, Brockman registered dozens of patents and founded Reynolds & Reynolds, a software company that boasted more than 5,000 employees and was reportedly worth more than $5 billion.

He is survived by his wife of 53 years, Dorothy, a son, Robert Brockman II, a brother; and two grandchildren.