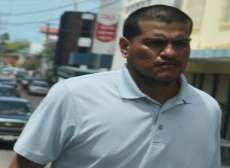 (CMC) – A Salvadoran national has been sentenced to 15 years in prison after pleading guilty to raping a five-year-old child in 2018.

Bairo Gomez, who pleaded guilty to the crime committed in October 2018, begged the court for leniency, apologising for his action.

Justice Susan Lamb in passing the sentence on Tuesday took into consideration the years Gomez has served on remand.

The judge used the new sentencing guidelines from the Crown which was represented by attorney Rome Wade, leaving Gomez with 11 years and two months to remain in jail.

Fifteen years is the minimum mandatory sentence that can be handed down by law for the offence of rape of a child upon conviction.