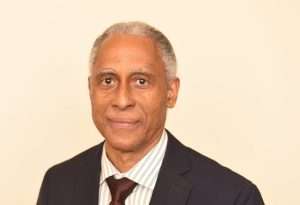 (CMC) – President of the Caribbean Court of Justice (CCJ), Justice Adrian Saunders, says he “sincerely” believes the decision of four Caribbean Community (CARICOM) countries to replace the London-based Privy Council as their final and highest court “offers the best opportunities for advancing both our region’s jurisprudence as a whole and that of each State”.

Justice Saunders, addressing the 60th Anniversary of the Court of Appeal here, said that the CCJ, which was established in February 2001 is endeavouring to justify the decision taken by the governments and parliaments of Guyana, Barbados, Belize and Dominica and hopefully soon St Lucia to “alter their Constitutions to send their appeals to us.

“I sincerely believe that such accession offers the best opportunities for advancing both our region’s jurisprudence as a whole and that of each State. Accession also ensures that, yes, the children of the region will be able to aspire to one day holding the office of President of their own final court of appeal,” said the CCJ President, speaking on the theme “Jamaica: The Role of the CCJ in Building a Caribbean Jurisprudence”.

The CCJ, with both an Appellate and Original jurisdiction, also acts as an international tribunal interpreting the Revised Treaty of Chaguaramas that governs the 15-member regional integration movement, CARICOM.

But while most of the regional countries are signatories to the Original jurisdiction, only Barbados, Guyana, Belize and Dominica have signed on to the Appellate Jurisdiction.

Justice Saunders said that anniversaries provide an ideal opportunity for retrospection, introspection, and contemplation of the future as well as an occasion for reminiscing on the dreams and goals once cherished; the choices made in seeking to fulfil them, and the results achieved.

“…let me reassure you that whether Jamaica ultimately chooses to send their appeals to the CCJ or you take a different path, neither step will impair the camaraderie, the mutual learning and sharing that will always exist between the judiciary of Jamaica and the CCJ.

“This country is an important member of the Caribbean Community and the CCJ shall forever continue to draw on the skills and expertise of the people of Jamaica. This country will always be an important part of our source pool for appointment whether as judges or staff members of the CCJ or of members of the RJLSC (Regional Judicial and Legal Services Commission).

“The CCJ shall continue the same outreach to Jamaica as we have done with all other CARICOM States,” he added.

The St Vincent and the Grenadines-born jurist said that history records that it was the Gleaner newspaper in 1901 “presciently articulated the need for a West Indian final court of appeal.

He said that idea crystallised in 2001 when the agreement establishing the CCJ was signed by 10 CARICOM member states including Jamaica.

“Jamaica did not just execute the CCJ Agreement. It pledged to repay to the Caribbean Development Bank, and over a 10-year period it did in fact repay, approximately 27 million United States dollars to help capitalise the CCJ Trust Fund created in order to insulate the Court and its judges from any actual or perceived political pressures that might exist.

“In their individual capacities, Jamaican nationals have made an enormous contribution to the operations and management of the Court. After the host country, Trinidad and Tobago, Jamaica has the largest complement of staff at the CCJ,” he told the audience.

“Jamaica and its judicial officers have both benefitted from and invested time and resources in the pursuit of the goals of the CCJ. But even so, and especially considering the US$27million put into the Trust Fund by this country, the nagging questions that obviously arise are, has Jamaica realised a full return on all of that investment? What should such a return look like?

“What is the opportunity cost of failing to realise that full return? Are there objective impediments to such realisation? If, so, what are they? Ultimately, it is the government and people of Jamaica that must answer these questions. Persons like myself must respect and abide those decisions,” Justice Saunders said, noting however that the CCJ President “I believe I am well positioned respectfully to offer a view for what that view is worth”.

He said these questions have a special resonance in relation to the Appellate jurisdiction of the CCJ and the role of a final Appellate court.

Justice Saunders said that in its Original jurisdiction, a number of Jamaicans have accessed the Court both as counsel and as litigants.

“We easily recall, for example, that it was a Jamaican national, Ms Shanique Myrie, who had the courage to file a case seeking to hold Caribbean governments to account for the obligations they voluntarily undertook regarding the CARICOM Single Market and Economy.

“Jamaica, however, does not send its final appeals to the CCJ and I see that, rightly, there is a growing debate in the press about that matter.”

He said Barbados, Guyana, Belize and Dominica send appeals to the CCJ and that “the first and most obvious point to make with respect to the experience of these four countries is the massive increase in the number of cases from these states that are being resolved by a second level court of appeal, that is to say, by the CCJ.

“In each of these countries, as compared to what occurred prior to their accession, there has been a dramatic escalation in the volume of cases being adjudicated at the level of a second appellate tier,” he said, adding that for the 10-year period before and after accession to the CCJ, for Barbados and Belize, the increase was in the magnitude of approximately 320 and 144 per cent, respectively.

“Let us briefly do a comparative survey for the period 2016 to 2021(inclusive). Let us also consider this. Jamaica has a population that is approximately 10 times that of Barbados; seven times that of Belize and slightly less than four times that of Guyana.

Justice Saunders said the reality is that comparatively few Jamaican cases are being decided by the country’s final court, adding that he read recently that the Chief Justice, Justice Bryan Sykes, has estimated that the Jamaica Court of Appeal would usually render over 250 appellate decisions each year and that only about three or four of these cases are appealed further to the Privy Council.

“What is the reason for such a paucity of cases going up to London? Surprisingly, there are some people who still express the view that the Privy Council is ‘free’ and that this is a good reason why we should continue to use it. Such reasoning about freeness is simply absurd.

“The filing fees at the London court, coupled with the significant fees which must be paid to English solicitors, deter all but the well-heeled and legally aided from taking a case to London. The fundamental reason for the few Jamaican cases reaching London has to do with the crippling expense.

“No other Commonwealth country with a population or land area the size of Jamaica sends its final appeals to be heard in London. Of course, whether a State decides to continue having Her Majesty’s Privy Council adjudicate its final appeals and British judges ultimately interpreting its Constitution and laws is a fundamental constitutional choice for that State.

“But it is a choice that has consequences. I have already alluded to one such choice. People of ordinary means are deprived of the ability to avail themselves of a level of access to justice that they could and should enjoy.

There are other more systemic, subtle, less easily discernible consequences. These other consequences are wrapped up in the role of a second-level court of appeal,” the CCJ President added.