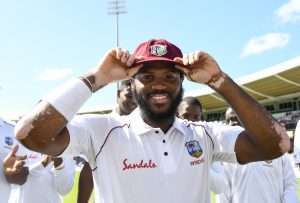 In a release, West Indies Players’ Association (WIPA), which is supporting Campbell, said the hearing into “allegations pertaining to” Campbell was held on Tuesday and “has been further adjourned” until August 17 and 18, 2022.

The Kent Gammon-chaired independent anti-doping disciplinary panel had previously set hearing dates for July 19 and August 2 after the preliminary hearing was held on July 6.

The WIPA statement on Tuesday did not indicate if details of the allegation or any evidence were presented on either of the hearing dates.

The disciplinary hearing is being held via Internet stream behind closed doors.

The WADA whereabouts rule states that athletes must make themselves available to drug testers for one hour each day, between 6:00 am and 11:00 pm, 90 days in advance, for out-of-competition testing.

An athlete can be deemed in violation of the rule for failing to file his/her whereabouts on three occasions in a 12-month period.

If found guilty an athlete could be banned for up to two years.

In 2017, West Indies star all-rounder Andre Russell was banned for one year after he was found guilty of a whereabouts violation.

Campbell, a standout batsman as a national youth player, transitioned to the senior team, making his first-class début for Jamaica against Guyana in 2014. He averages 30.41 in first-class cricket.

Campbell played his first Test for the West Indies in 2019 and, after 20 matches, he averages 26.11 with three half-centuries. In the two-Test series victory over Bangladesh in June the Jamaican showed signs of coming to grips with international cricket, averaging 68 with a best of 58 not out.

In six one-day internationals for the West Indies, Campbell averages 49.6 with a best of 179 against Ireland.