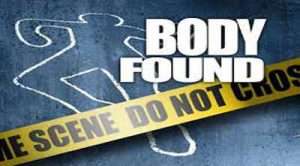 (CMC) – Police are seeking to identify a child, whose body, clad only in underwear, was found in a pond near the Oakes Field Sports Centre Golf Academy in the Bahamas on Tuesday.

Police said they believe the child had been there for at least 24 hours. He is said to be one of three persons who reportedly drowned on Tuesday.

Police press liaison officer, Chief Superintendent Chrislyn Skippings told reporters they had received a report regarding the discovery of the body.

She said officers responded and discovered the “body of a male partially submerged in the pond here,” and that “the body appears to be that of a child within the ages of 10 to 12.”

The police said that they are trying to determine the identity of the child. They revealed that before the discovery, they had not received any reports about a missing child.

“I wish to send a firm message to parents that you need to know where your children are. You need to ensure that your children are always with a responsible adult,” Skippings said, adding the police have a zero-tolerance approach when it comes to child neglect.

“If our investigation reveals that (in) this particular incident that there was some form of child neglect, you will see the parent or parents being charged in connection with this matter. We have a zero-tolerance approach when it comes to our darlings, the children. Children are our future and we are supposed to look out for these children,” she added.