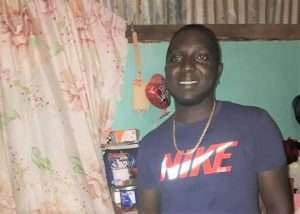 (TRINIDAD EXPRESS) – A 29-year-old man was killed and his wife wounded in a shooting at their Enterprise, Chaguanas, home on Monday night.

Dwayne Robinson and his wife, Allison Vialva-Robinson, were sitting outside their Goodwill Road home when a vehicle pulled up at around 8.45pm.

Police said the occupants of the Nissan AD wagon opened fire on the couple.

The couple attempted to run inside but Robinson was hit in the head and fell to the ground. His wife was struck in the buttocks.

The couple was taken to the Chaguanas District Health Facility where the husband was pronounced dead.