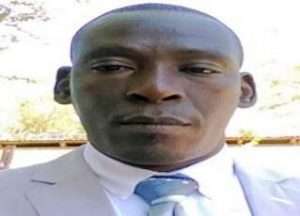 (CMC) – Gunmen, believed to be members of Haiti’s notorious “400 Mawozo” gang, shot and killed a senior police officer while he attended service at the Assembly of God Church on Sunday.

Media reports have identified the officer as Inspector Réginald Laleau. His murder reportedly followed threats by the gang to execute police officers attached to the armoured unit of the National Police of Haiti (PNH) whose vehicles patrol gang-controlled territories in the capital.

The chief of the “400 Mawozo gang”, Joseph Wilson, had threatened to kill the police officers of one of the armoured vehicles and later on Sunday, there were several “clashes” and exchanges of fire between the police and members of the gang, causing widespread panic in the area.

Laleau joins the list of 25 of his colleagues killed by gang members since January, according to Lionel Lazarre, coordinator of the National Union of Haitian Police Officers.