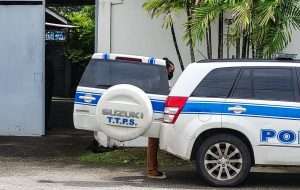 (TT GUARDIAN) – Two men were killed by a businessman in El Socorro during a home invasion, on Tuesday.

Guardian Media understands the owner was asleep at the property located at Don Miguel Extension when he reported hearing a loud noise around 4 am.

Upon checking the security cameras, he saw six men attempting to enter the compound which houses a dry goods store.

The man’s 88-year-old father also was asleep at the time.

The other three escaped unharmed.